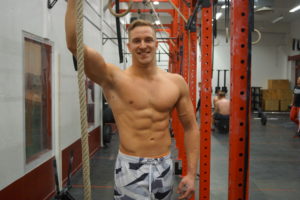 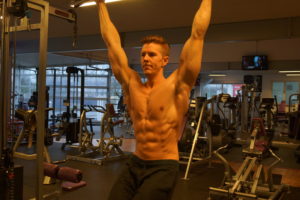 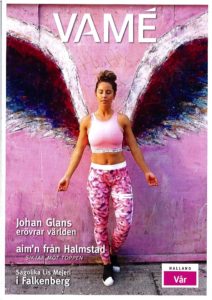 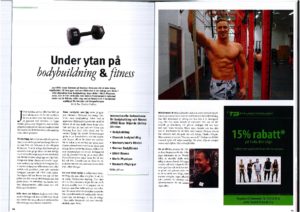 Like many young guys , I wanted to add some muscle to my frame. I was a high school student and while at the local book store, saw a copy of Muscle and Fitness Magazine on the stands. This was the early 80’s and to this day, I remember reading an article on German great, Jusup Wilkosz training deltoids. I had never seen men like this and wanted to be just as heroic. I joined a local gym and  devoured magazines for information. By first year University (still early 80’s) I had landed a part time job working for MuscleMag and was introduced to the Physique coaching of Vince Gironda. I even took the trip to California and trained at Vince’s. He was scary but incredibly intelligent, a description lent to my years later friend and teacher Charles Poliquin. To be honest, the more I learned, the more I realized I still did not know. The silver lining to possessing average genetics is we never responds as well as the articles would promise- so the quest for more remained endless. To this day I have been in a ”build phase” for 30 + years LOL.

The greatest epiphany for me came from Charles Poliquin’s quip, ”One ass, one saddle . .” or in other words you can really only pursue one goal at a time. To go deeper, the physique athlete mechanically disadvantages his lifts to make the muscle work harder- it’s all about feeling the movement and contraction.

The strength athlete is all about mechanically advantaging his lifts. His success is not the physique developed but the poundage lifted.

Many a young bodybuilder has been disappointed pursuing maximal strength with visions of the load equating with the size of the muscle developed. Quite the opposite, to hoist big loads, one has to learn to ”cheat”. World class Olympic lifters and Powerlifters are of course geneticially gifted and show much muscularity but only tend to climb weight divisions when they add hypertrophy phases increasing volume and time under tension in their sets.

Conversely incredibly admirable physiques like former Mr. Olympia Frank Zane were a product of intense concentration with much lighter loads.

Both are admirable in achievement but the concurrent pursuit of both tends to deliver neither impressively.

Fitness and Health for the purpose of this article are pursued to maximize recuperation to grow stronger or bigger. Quality proteins, carbs and fats with supplements to  control inflammation, aid sleep, maintain optimal  digestion and support immune function in the face of arduous training tend to be the focus.

The pursuit of any extreme in accomplishment, inevitably begets suffering in other areas of the otherwise well rounded self.

After these many years in the business, perhaps I could offer,”Find joy in your pursuit of your goals and the outcomes achieved, but try to find the same outside the gym”. But to win the Gold medal metaphorically speaking, it is not a life of wine, women and song but rather early to bed, early to rise, abstain from the food and drink of celebration eating for function first and flavour second.

The ”why” behind your pursuit of is most likely the determining factor as to whether it is a positive or negative thing. The gym is often a place for the socially ostracized to find a place to belong. Those completely content with self rarely are drawn to places to transform their physical identity.

Walking around in an imaginary lat spread, sporting shirts  decreeing cheerful thoughts like ”Deadlifts or Death”, we see young people skinny or fat, short or awkward wanting to show the world, their detractors in their mind, that they are just as ”special” as everyone else. So often the impetus for joining maybe negative but n my mind, most evolve and self actualize and the accomplishments in the gym lend momentum to pursue goals outside the gym as well.

Once you decide to step on stage- especially as a bodybuilder, you are having others tell you what you should be. Strength athletes have an easier mindset. You either lifted the weight or didn’t. The strongest man wins. To win at bodybuilding , many negative steps have to be taken- threatening health- to win a trophy for embodying the look of health. It’s quite ironic.

Steroids, GH, Insulin, peptides, beta-agonists, thyroid meds, diuretics . .culminating in a week of  carb depletion then stuffing, water intakes of threat to the heart rhythm followed by severe dehydration and then sprayed head to toe repeatedly with a chemical tan to top up your weeks of UV radiation dosing in the tanning booths . .so you look healthiest and most impressive on stage.

By in large skipping the stage but pursuing muscularity and strength will always be a positive addition to most lives though.

Now all this has sounded very critical of pursuing the Mr. Muscle title or Ms. Physique- but I feel far from it. #1 is the qualifier. With great genetics you have much more wiggle room with numbers 2 through 5. For the average person, a flat stomach, great physique lines, loads of fun and camaraderie with friends at the local gym and more await. I’d just skip the standing on stage as a career.